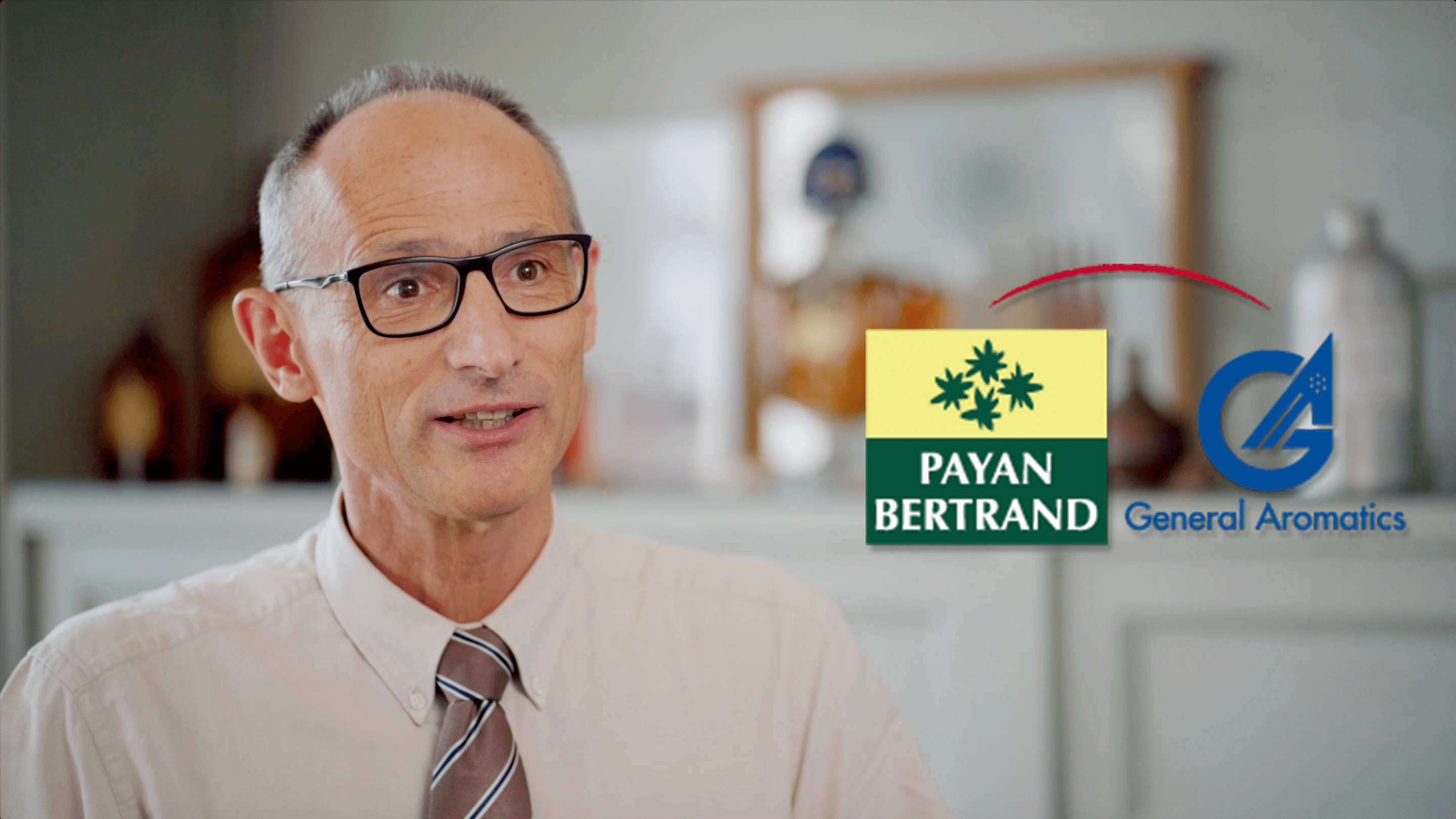 How long and for what services has PAYAN BERTRAND been working with Tournaire?

PAYAN BERTRAND has always worked with Tournaire. When my grandfather Henri Proal took over the company in 1922, it was just after the First World War, he had been a fighter pilot and he had two mechanics, two brothers, who looked after his aircraft: they were the Tournaire brothers.

In 1922, PAYAN BERTRAND immediately began working with Tournaire to produce several machines for extraction and distillation. Right from the start PAYAN BERTRAND was working in the field of essential oils and therefore with distillation. We have preserved, right up until today, the old copper stills made by Tournaire Frères and then Tournaire Fils.

So right from the start we were working with steam distillation systems. PAYAN BERTRAND worked with Tournaire to produce machines for solvent extraction. I have letter written by Gilbert Tournaire after the death of my uncle saying that Tournaire had developed the first FFE (Floating Filter Extractor) with PAYAN BERTRAND, and we still have the first machine that was the industrial pilot for the 100L equipment.

PAYAN BERTRAND works with Tournaire equipment solutions, but do you also use Tournaire packaging?

Yes, PAYAN BERTRAND has always used Tournaire packaging, in fact behind me you can see some 19th century copper containers. Even when the aluminium containers arrived (without and then with stoppers) we continued to use Tournaire packaging.  PAYAN BERTRAND exports more than 90% of its ingredients to countries all over the world and so far we have never had a single problem concerning the transport of our materials. These natural materials can be extremely expensive, since some Iris extracts for example can be worth more than €100,000 per kilo. For PAYAN BERTRAND and its clients packaging is of vital importance for the transport and protection of these fragile materials.

What needs do Tournaire’s equipment solution correspond to?

Today PAYAN BERTRAND extracts natural ingredients for food flavourings and for the perfume industry. Strict regulations apply, particularly to food flavourings, and the whole industrial process must make use of stainless steel equipment. To avoid cross-pollution, for example. Today PAYAN BERTRAND is renewing all its production equipment since our oldest machines date back to the 1970s and 80s. For example, PAYAN BERTRAND has just ordered a fractionating column from Tournaire because today the finishing of essential oils and absolutes often requires additional processing to satisfy regulatory or quality requirements. So we also have Tournaire fractionating units on our site.

Does PAYAN BERTRAND call on Tournaire for other services?

Yes, since we don’t have the capacity to set up and develop units like fractionating columns we make use of Tournaire’s engineering services, and in the near future we shall also be calling on Tournaire to redesign and update a solvent extractor.

Why did you choose Tournaire’s packaging solutions?

PAYAN BERTRAND uses Tournaire packaging on account of its quality for the transport of materials, and for the reliability and robustness of Tournaire’s packaging solutions.

In a few words, how would you define Tournaire as a company?

I believe that, just like PAYAN BERTRAND, Tournaire is a family company based in Grasse, even though it works abroad, in Asia, or in Paris. But it’s part of the DNA of family companies to be closer to the service provided and closer to their customers.  One of the qualities of PAYAN BERTRAND, as for Tournaire, is the speed with which our companies can react, not only for design (of equipment or packaging) but also in terms of service and repair. Units wear out and have to be repaired. So in Tournaire what I greatly appreciate is their reliability, their competence and the family aspect.